David M. Consunji passes away at the age of 95

David M. Consunji—pioneering engineer and industrialist who was not afraid to get his hands dirty on the manual aspects of the building profession—passed away at the age of 95 on Monday, individuals close to the family confirmed. 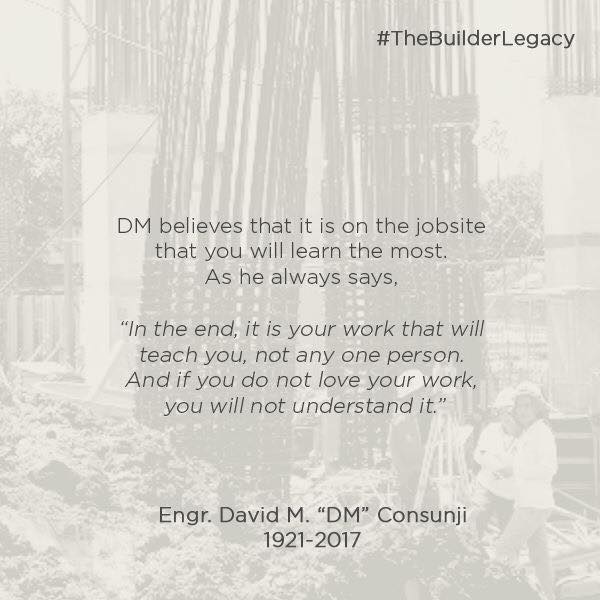 Consunji’s business career spanned decades in the post World War II era, during which he started and grew DMCI Holdings into a construction, power, mining and property conglomerate.

He was described by associates as an upright man, who remained very “hands on” even in his later years. Consunji, whose fortune Forbes Magazine estimated at around $3.6 billion, stepped down from the company in 2014.

The group is now led by his son Isidro Consunji, who sits as DMCI chair and president.

The elder Consunji studied civil engineering in the University of the Philippines in 1939, after being discouraged by his father from pursuing his initial choice: agriculture.

His engineering studies were interrupted when the second world war broke out, although he resumed and graduated in 1946 and passed the board exam that same year.

The war ruined the family’s farms and fishponds in Bataan. Consunji himself was briefly imprisoned by the Japanese. But Consunji, taking to heart the hard lessons he learned from both the war and UP, jumped right into his new career. “I learned not to be afraid of getting my hands or the rest of me dirty. I learned to have a pragmatic and hands-on approach to life,” Consunji recalled in his 2004 memoir ““A Passion to Build”.

“Many engineers these days have grown leery of dirt and grime; they think of themselves as elite, white-collar workers and they don’t want any work that would sully their hands with dirt. To them, that’s a job for common laborers; they just want to be left alone to do their designs,” he said.

Consunji started on the basics in the industry, from repairing homes, making detailed estimates on construction projects and working as a concrete inspector.

His break came in 1948, when Consunji designed the four-story Marcelo Rubber Co. building in Malabon. His anxiety over the project’s structural integrity prompted him to visit the building once a month for the next two years— stopping only when a fire gutted the structure and it had to be demolished.

Still, more projects came after the Marcelo building project and Consunji eventually established D.M Consunji Inc. in 1954 with just P3 million in capital. Today, that company is part of the DMCI conglomerate, valued at over P200 billion.

Consunji served as secretary of Public Works, Transportation and Communications for five years in the 1970s during the Marcos administration. 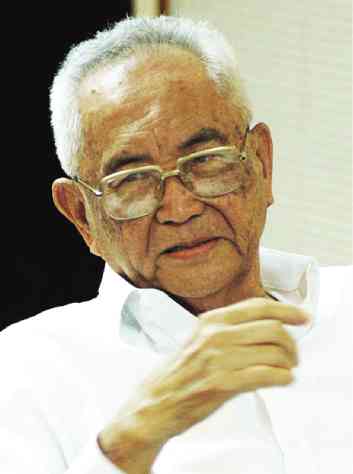